Home > InsightsHome > Succession Planning in Asia: The Importance of Grooming the Next Generation 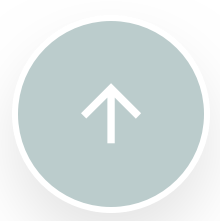 You can copy the url by clicking on the button below.

Copy
Back to Insights

Succession Planning in Asia: The Importance of Grooming the Next Generation

Succession Planning in Asia: The Importance of Grooming the Next Generation

Broaching the topic of succession planning has always been culturally sensitive, particularly in Asia. However, it remains important to approach the issue across societies, and this needs to be done with understanding and empathy.  Encouragingly, there is an increasing awareness, especially among younger generations in Asia, that the failure to address succession planning can result in family acrimony and schisms.

Whilst there are often well-worn excuses for why planning should be dealt with later, the ongoing COVID-19 crisis is a grave reminder that the choice of timing is not always in the hands of a family. Old-school wealth transfer and transition approaches have historically been the norm in Asia and elsewhere – for example, the eldest son inheriting the business, or a patriarchal distribution of wealth favouring sons. But these culturally prevalent approaches are no longer a given.

The mindset change across Asia is resulting in both increased awareness about effective ways to plan for wealth transfers from one generation to the next, and a greater willingness to plan for such transfers. This, along with other factors like the increase of different branches within the founding family, and particularly the idea of fairness, is resulting in greater institutionalisation of succession planning across Asia.

Broadly speaking, Asian business families are substantially younger than those in the US or in Europe, with many of them still led by first generation founders. Even where the second generation is already involved in the business, patrons often maintain strong direct or indirect control. But as these families grow larger and more “extended” like in the West — sometimes running into fifth, sixth or seventh generations — the need for well-considered succession planning becomes even more imperative.

We are seeing this play out before our eyes – more than 90% of families fail to pass their wealth beyond the third generation. Many wealthy Asian families are nearing this inflection point and want to plan wealth transfers more effectively. Notwithstanding time-honoured cultural mores, wealthy Asian families are willing to act on succession-related issues that can arise when families start getting bigger and succession becomes more challenging.

The need to groom the next generation of family leaders in Asia is still not being addressed effectively. So far in Asia, much of the institutionalisation of family wealth management has focused on investments, as families are still focused on growing wealth. This has resulted in the proliferation of family offices that provide investment services, much like external asset managers, but few other services. They are usually lean in terms of staff numbers, and may lack focus on legacy preservation or other professional support, particularly when it comes to planning for succession or wealth transfer.

But we are seeing an increase in the demand for what could be called true or full family office services. Increased demand itself will create more supply, and with the maturing of Asian business families and the growth of millionaires and billionaires in the region, we expect more growth in the number of family offices in the region.

Regulatory and government support can be a catalyst in the development of family offices. For example, Singapore has taken multiple initiatives to encourage the set-up of family offices and multi-family offices.The regulatory context also underscores approaches to succession planning. Inheritance tax regulations in economies such as South Korea, Japan and Hong Kong (until 2006) have been instrumental in the popularity of trusts and other structures. More broadly speaking, much of succession planning has been oriented towards being tax efficient, which has detrimentally ignored issues of family dynamics; how a family wants to grow; and what the vision is for the family business going forward.

Another reason why services such as estate management and succession planning are being increasingly sought after is the growth of acrimonious litigation among Asian families when wealth transfers take place. Often, intergenerational wealth transfers become a point of dispute, which can snowball into full-blown legal battles, played out in full view of the public. Such fallouts hurt the long-term reputation of the family business by eroding credibility of the owners. Throughout the region, there have been significant examples of very wealthy business families that have broken up because they failed to plan their succession.

Ageing societies are another catalyst for succession planning. There is a lot of talk around the scale of generational wealth transfers today – according to CerulliAssociates, about US$68 trillion of wealth will be transferred from one generation to the next over the next 25 years. The COVID-19 pandemic brings to the fore the fragility of life, with the elderly most vulnerable if they contract the virus. Such vagaries drive home the importance of planning and preparing for the unexpected well ahead of time.

Grooming the next generation

The effective transfer of financial wealth from one generation to the next is a key aspect of succession planning. A second, important aspect is the grooming of the next generation, which will become the custodian for the family business and wealth.

The notion of fairness is increasingly considered in the way wealth is transferred. Traditional wealth distribution plans that often favoured elder or male offspring at the expense of the females or younger family members are now less easily accepted. However, it is important to recognise that fairness is not a simple concept when it comes to succession. Some may favour equal sharing of wealth between offspring, but this can dilute the strength of a combined pool of wealth. Similarly, if much of the family wealth is tied up in the business, splitting equally amongst too many parties may destroy the ability to manage and develop that business resulting in a worse outcome for everyone involved. Asian families are increasingly redefining fairness in terms of who assumes control of a business. Nevertheless, this requires a lot of conversation and communication, and given the sensitivity, it is often very helpful to seek the advice of independent professionals for these matters.

As a multi-family office that personalises wealth management and preservation, we harbour firm belief in innovation and the younger generation – and the two go together. We pioneered our NextGen Programme to plug gaps that we can see in traditional wealth transfer approaches in Asia. The key objective of this programme is to groom the next generation by equipping them with both soft and hard skills.

Preparing next generation members of business families (NextGens) has traditionally been the preserve of the older generations; but with the changing business and wealth management landscape, that may not be the most efficient and effective solution anymore. This is due to several reasons – the older generation may not have sufficient time, there could be a lack of structure in how knowledge is passed on, and the patriarch may not have enough expertise across different areas. In short, the best business owners may not be the best teachers especially when the fields of knowledge and skills that need to be passed down are so diverse.

Therefore, there is a need for an intensive programme combining both classroom learning and hands-on practice in diverse areas including investing across various asset classes, evaluating alternative and direct investment deals, learning about the digital-first economy, and digital transformation. Additionally, opportunities to establish their own networks through curated exposure to entrepreneurs, investors, senior executives, and other NextGens, are also important elements in grooming the next generation.

Preparing for the future

Contrary to popular belief, succession planning goes beyond just the transfer of financial wealth, and it should more holistically also include the family’s social and intellectual capital. Effective succession planning is about being “fair”, and not just in a traditional sense. It is about communicating openly and thoroughly. And it is about developing the capability and commitment of the next generation to become responsible custodians of the family’s wealth, and its legacy.

This underscores the importance of family offices that go beyond simply investments and tax efficiency, and that focus more broadly on private wealth and succession planning, incorporating legacy planning, family governance, estate management, legal advisory and philanthropy. These are all important features without which succession planning is rarely successful.

The Hubbis Independent Wealth Management event of May 11 in Singapore featured a panel discussion that focused attention on how EAMs can strive to differentiate themselves through the curation of new and interesting investment and product ideas, and through more comprehensive engagement with clients and their family members. Gary Tiernan, CEO of Capital at Golden Equator Wealth, sat as one of our expert panellists. Hubbis summarises some of his views in this short report.